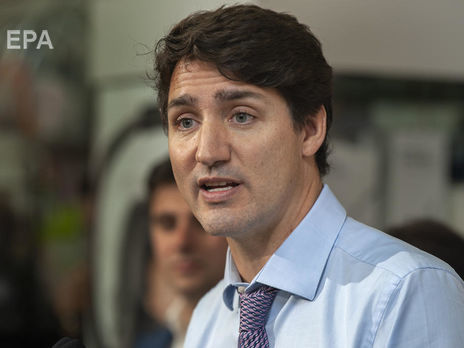 U.S. officials have shared intelligence with Canada to back up the view Flight 752 was shot down: sources


Prime Minister Justin Trudeau is holding a news conference this afternoon amid emerging reports that the Ukraine International Airlines flight was shot down by Iranian air defence. 0:00

Prime Minister Justin Trudeau says evidence suggests the Ukrainian passenger aircraft that crashed outside of Tehran on Wednesday, killing everyone on board — including 138 people destined for Canada — was shot down by an Iranian missile.

"We have intelligence from multiple sources, including our allies and our own intelligence. The evidence indicates that the plane was shot down by an Iranian surface-to-air missile," he said during a news conference in Ottawa, adding that it might have been an unintentional act.

"The news will undoubtedly come as a further shock to the families who are already grieving in the face of this unspeakable tragedy."

Trudeau said that the intelligence and evidence suggest the aircraft likely was brought down by a surface-to-air strike, but wouldn't offer further details.

The prime minister's comments came after reports out of the U.S. said it's "highly likely" that an Iranian anti-aircraft missile inadvertently brought down Ukraine International Airlines Flight 752.

Most of the victims were connecting to Canada. The victims included entire families, academics, students and newlyweds.

With files from Vassy Ka

Posts from This Journal “Версии” Tag